Excessive Creativity in Pricing does not Pay 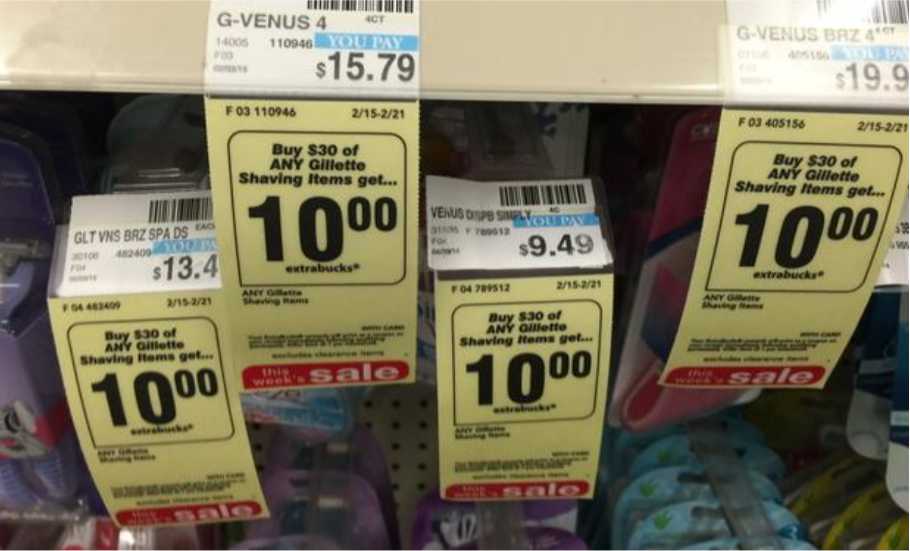 Sales of any goods with a 70-80% discount have already become common. How is it possible? The answer is simple. The original price quoted before the discount is artificially and absurdly inflated.

Retailers have decided to employ a well-known and simple trick: “It’s not the price – it’s the discount level that matters!” The fact that this trick is widespread is confirmed by an earlier confession of the leading American retail chain J.C. Penny. It was caught saying that in reality, only 1% out of the goods is sold at full price. An 80% sales discount leaves the customers with an impression that this must be a very rare and unique offer (probably caused by retailer's need to get rid of the goods after Christmas). This instinctively urges them to take advantage of such an offer. As a result, a significant share of customers does not compare the discounted price with competitors’ offers.

“Smart marketers”? Well, not really. The problem is that this pricing trick can be figured out easily nowadays. If the customers do not point out to it, it is only a question of time before the media do. And the customers will feel impudently cheated. Not only will many of them not purchase in the future any more, but they will also spend quite a lot of energy to tell their friends. In the end, these unethical practices will harm the image of the retailer.

My first blog - Férová cena? Nie ďakujem! - says that retailers’ efforts for straightforward and transparent pricing without any sales and price games will, in the end, turn against them - if their competitors still stick to these tactics. Nevertheless, price games have limits. Let me share some examples of “excessive marketing creativity” with you that have gone beyond these limits. Later also those where the “creativity” stayed within these limits and yet it was still effective.

A Magical Discount on an Absurd Price

From our research and experience, it follows that in the retail sector the effectiveness of a discount expressed in % starts picking up at 20 %, and sure works at 30 %. Discounts of 50% and more are already magical. After Christmas retailers need to get rid of unsold goods while still seeking to make as much profit as possible. For this reason they first increase a standard price absurdly (for a short time) so that they can immediately reduce it by means of a substantial discount. A recent sales promotion of the retailer Notino.sk, which was brought to light by editors of the hnonline.sk (a leading Slovak economic daily paper) serves an excellent example. Without local VAT rates, the discount on a particular product offered by Notino.sk in Slovakia comes only to a little more than 10% in comparison with an undiscounted price of an identical product offered by the same retailor in Spain. Compared to the communicated fabulous 69% discount, this is definitely not something a customer would go mad about.

An Attractive Bait Which Does Not Really Exist

Another interesting tactic is to promise a very attractive offer but which (almost) nobody can really get. Some time ago, I obtained a text message from the retailer Alza.sk. The only thing I could conclude from it was that either a 40% discount or a 40 euros bonus for the next purchases was waiting for me. Following your purchase in the sales promotion Massacre, you have just obtained a 40 euros bonus for the next purchases. Enter the code SA75PUBF8K at www.alza.sk/40discount. The code is valid until 25 July 2014. Yours Alza.sk.

I immediately visited the e-shop and I found out that this bonus would have been valid only if I had bought the goods worth thousands of euros. I still remember very vividly the feeling of disappointment Alza gave me after wasting twenty minutes on their website. In the following years, however, Alza softened their approach and modified their text message so that it would not arouse over-expectations. In the past, similar practices could be observed in retail banks whose advertisements offered loans with very low interest rates “from”. Yet due to various risk premiums and other additional charges, these rates were well beyond the reach of (almost) anyone.

True “masters” at this tactic are various bureaux de change or remittance services. On the one hand, they declare boastfully that they do not charge any extra fees for exchange rate conversion, on the other, they “forget” to inform about their lousy conversion rate. eDreams, a cheap flight search engine, also belonged to notoriously known users of this practice. They set their own search algorithm, so that the available flight prices of third parties would be the lowest available.

At the end of their shopping process, customers suddenly found out that eDreams charged a strange service fee of more than 7 euro per each flight segment per each person. At the same time, eDreams gave them a 9 euros discount off the total ticket price in order to confuse them. Only after comparing the final offer with the original offer of the carrier, the customers discovered that the same flight ticket was finally overpaid – obviously enough to enable eDreams to make profit of such a practice and thrive on it. Following the pressure of public opinion, media, and courts, the company finally softened the tactic in the end. Nowadays, like Ryanair, they charge “only” about 4 euros for card payments to be processed.

One of the most aggressive tricks in this category was obstinately played by ZARA in the USA more than a year ago. Standard prices of their goods were shown in euros instead of USD. As a result, the retailer gave their customers, who were at first pleasantly surprised by seemingly low prices and believed that the exchange rate EUR/USD was not far from par, a sudden shock. Instead of the USD price equivalent to EUR value on that day, the customers were charged even 80% more at the check out. ZARA came up with an excuse that they were using the exchange rate of the date of production but such an argument was just “adding fuel to the flames”. The company turned thousands of active customers against themselves, who even launched #zarachallenge campaign against it. Neither could covering the original price tags in euros with US dollar stickers save the company from a multimillion lawsuit.

I am surprised that beside not very credible-seeming ATM networks (e.g. Euronet) also great and respectable banks offer their clients an opportunity to fix the conversion rate at the time of a foreign currency withdrawal.

A Serbian ATM of the Raiffeisen bank, which is well known also in Slovakia, offered to fix conversion rate in order to make a foreign currency withdrawal “more comfortable”. Such a withdrawal finally turned out to be more expensive than the one without this “service” by as much as 4.5% out of the withdrawn amount. Never use this service unless you are withdrawing money in some crazy country where the value of its currency rises substantially hour by hour.

What Pricing Tricks Are Still Acceptable?

In general, the most appropriate and reliable method for learning how to work with pricing is to create individualized price offers and to communicate them directly and privately on a customer-by-customer basis. In this case, retailers are not only in full control of the extent of their experiments but they are also able to measure very precisely if these have resulted in the expected shopping behavior and financial result.

In addition to this general method, I am offering four pricing tricks, which work even without spoiling the company’s image.

pricing error during the last after Christmas sale suggests how to do it right. Following a notice from the media, Alza.sk made a public statement claiming that it was an error, apologized, and corrected both the original as well as promotional prices.

The discount is now “only” almost 30% instead of the unrealistic 97%. The fact, however, is that I have not been able to find any identical product for more than 29.99 euros on any European price comparison engine and the competitors’ price has very rarely exceeded 27 euros. This would therefore mean that the current discount is only approximately 15%. As a result, while giving a higher but still believable standard price at 31.90 euros, Alza can present a two-fold discount (of almost 30%), which does already have significant influence on the customers!

2) “Debundling” With a Subsequent Up-sell Offer: The key is not only to reduce the basic price of a product to the lowest possibly level. At the same time, its value is to be downsized as well (while still making commercial sense) so that only a minority of customers will buy it. The rest of the cusomters are left with an up-sell offer they need to pay in order to get the quality, comfort, etc. they are accustomed to. Ryanair is one of the champions in this category of pricing games. I recommend every fan of effective pricing to study its planned-to-the-last-detail online purchase process with a seat price differentiation according to the popularity of a seat and with a wide range of value up-sell offers. It’s quite energy consuming actually to purchase a lowest fare Ryanair flight ticket and not to accept to pay just a little bit more.

3) “Loss leader” : This retailer tactic is similar to that of Ryanair – except that the price of a particular product is really set so low that in reality it creates a marginal loss. Retailers hope that thanks to this offer they will attract customers to their shop, who will buy other goods at full price as well. In addition, there has been created an attractive offer, which keeps being endlessly advertised as often as possible and so supports the retailer’s overall pricing image. This tactic is practiced by almost every retailer. An interesting example is ZARA again, which can afford to produce and to sell only a limited quantity of a few best looking and value-for-money items. Once you have shown your interest, they inform you with regret that it is already sold out - but that a very similar, however, “just a bit more expensive item” is still in stock. The perfect thing about this is that the result do not have to be a dissatisfied customer. It is only necessary to offer just enough of goods items in the “loss leader” category and not to over-blow the price of its more expensive sibling.

4) Decoy = a Bait or a False Option: I have already mentioned this tactic several times in my blogs. It is very effective but to my surprise, it is still rather rarely used even though it can be employed probably in any sector. Its principle is to introduce customers to an alternative, where the value-price ratio is clearly much less favorable than for other option(s). The only purpose of including this alternative in the offer is to maximally simplify the purchase decision and ideally for a higher financial amount than a customer would normally pay.